SAN DIEGO, June 7, 2022 /PRNewswire/ – Biotech Networks, the leader in connecting life science professionals since 2008, is establishing three new regional hubs to extend the organization’s reach throughout the US western region and the US east coast. The new hubs will include life science professionals and organizations in Texas, Utah, Colorado and North Carolina. This expansion is being launched in conjunction with the 2022 Biotechnology Innovation Organization convention taking place in San Diego June 13-16. Biotech Networks will be hosting two virtual career fairs in June which will be inclusive of the new hubs. 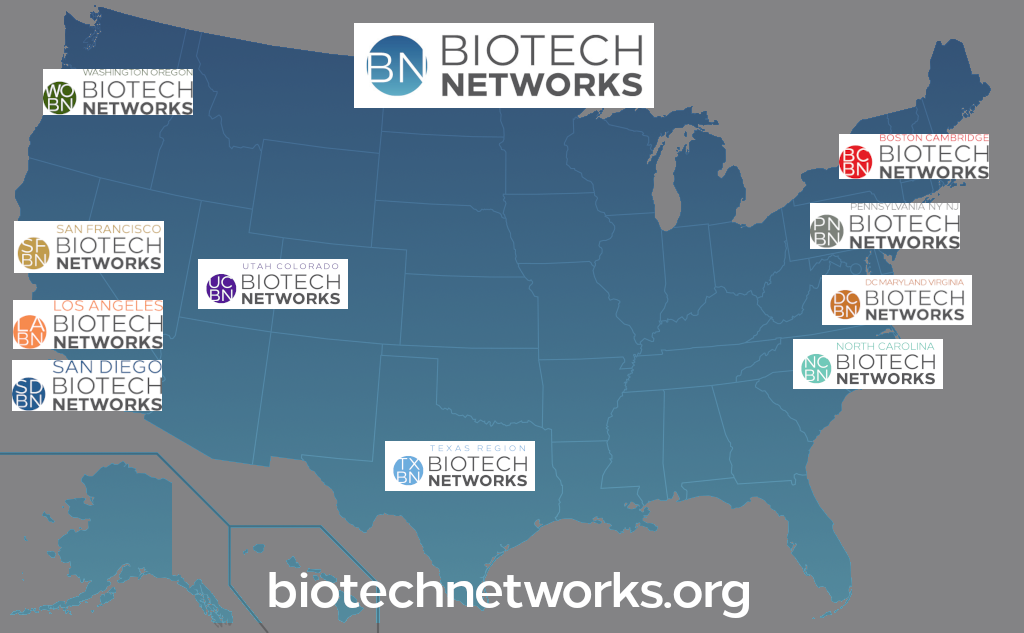 “The COVID-19 pandemic has changed the way we all work and live, and networking within and between biotech hubs is now more important than ever,” said Mary Canady, PhD, Biotech Networks President. “Biotech Networks breaks down the connection barriers by providing engaging virtual events and resources to advance life science innovations wherever they are being made.”

Since 2020, Biotech Networks has hosted highly engaging virtual events, including speed networking, diversity and inclusion panels, career fairs, and career development workshops. Biotech Networks is hosting virtual career fairs for the US western region and US east coast in June, see website for more information. Dr. Mary Canady is available to meet with potential partners at the Biotechnology Innovation Organization convention in San Diego June 13-16, meeting requests can be made on the Biotech Networks website.